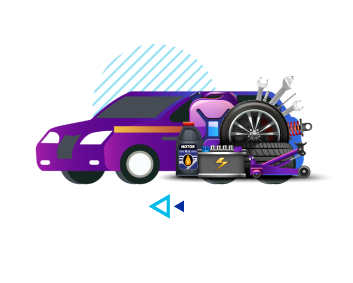 Cryptocurrency remains the primary realm in which blockchain technology is being used. Car owners, on the other hand, may soon be able to use blockchain to pay for the electricity needed to charge their electric vehicles. Imagine if charging your car stimulated a smart contract on the blockchain that took the appropriate sum of money from your account and transferred it to the charging station. Your monthly parking fee, insurance, and any other financial transactions involving your vehicle could all be processed in the same way.

As a self-driving vehicle navigates the globe, blockchain might be tasked with recording information about the trip's details. This data localization could include everything starting from information about road and infrastructure details to general traffic patterns. Because sharing everyone else's data is the quickest way to autonomous driving, automakers may soon utilize blockchain technology to securely share all of the localization data. Since the data is cryptographically secure, only authorized parties would be able to access it in real-time.

Ride-hailing services like Lyft and Uber are already revolutionizing how we use our automobiles. A driver picks you up in their car and drives you to your destination with just a few swipes on an app. In the not-too-distant future, blockchain working in tandem with autonomous technology could take ridesharing to the next level.

One of the goals of blockchain is to eliminate middlemen between riders and drivers while ensuring more secure data management. For example, by basing payment on predetermined conditions and encoding them in a smart contract, drivers will only be paid after delivering a passenger to their destination. Instead of an arbitrary cancellation fee, if a passenger cancels, the contract could release a small portion of the funds to the driver to remunerate for their time.

Tell us about your future blockchain Automotive project, and we will get back to you shortly with a free consultation